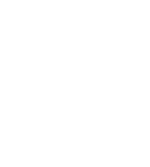 Scan into the mobile station

On 11th and 27th August, 2014, two 77.8M long,11.6m wide, 1400t large scale deep sea squid fishing boats, which are the biggest in and constructed by RONGCHENG YUANTONG SHIPYARD CO.,LTD,  were launched successfully relying on CHANGLIN airbags.As the boats was launched safely and smoothly , the distance between the ship off the tow and float on water was master well, so CHANGLIN team is specially praised by both shipyard and shipowner .